Maureen White is a Senior Fellow and Program Director of the Conflict and Humanitarian Crises Initiative at the Foreign Policy Institute at Johns Hopkins School of Advanced International Studies (SAIS). She is an expert on the refugee crisis in the Middle East.

White was appointed as Senior Advisor on Humanitarian Issues to Ambassador Richard C. Holbrooke in the State Department's Office of the Special Representative to Afghanistan and Pakistan. From 2009 to 2013, she traveled extensively in both countries dealing with needs of people who were displaced as a result of conflict and natural disaster. In the Clinton Administration, she represented the U.S. Government at the United Nations Children’s Fund from 1997 to 2001. In addition, she was National Finance Co-Chair of the Hillary Clinton for President Campaign in 2008 and National Finance Chair of the Democratic National Committee from 2001 to 2006. Prior to that, she had a career in international economic research at the First Boston Corporation in New York, Royal Institute for International Affairs in London, and Nomura Research Institute in Tokyo.

White serves on the boards of numerous organizations involved in international humanitarian issues, including the International Rescue Committee, National Democratic Institute, Center for Global Development, International Women’s Health Coalition, American Academy in Berlin, the Charles Hamilton Houston Institute for Race and Social Justice Advisory Board, and previously Human Rights Watch and Refugees International. She is a member of the Council on Foreign Relations, the Atlantic Institute and the Middle East Institute. 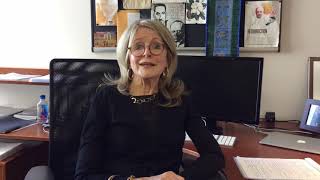 Fragile States and the Catalysts of Conflict 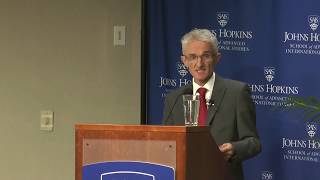 Organizer of The Global Humanitarian Landscape 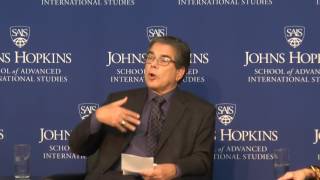 New Challenges for the Refugee Regime

How to Help the Syrians Who Want to Return Home